It is very unusual to see Photos of earth and moon photographed from another planet. But we always see pictures of the earth photographed by different cameras and satellites existing in the near-Earth orbit (NEO).

The National Aeronautics and Space Administration (Nasa) recently released an amazing photo of earth and moon taken from mars. The Mars exploration Orbiter took the stunning picture last November 2016 amazingly capturing the moon and the planet. 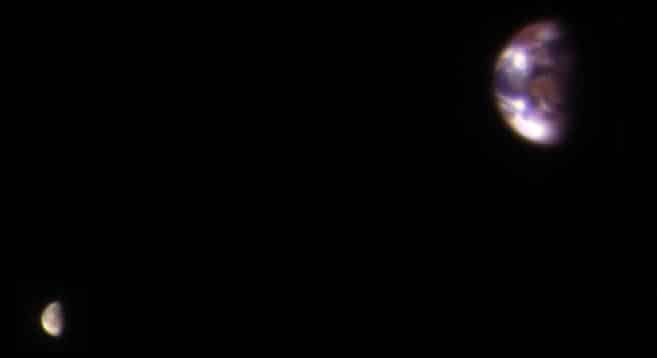 PIA21260: Earth and Its Moon, as Seen From Mars Credit: photojournal.jpl.nasa.gov/

By the use of the High-Resolution Imaging Science Experiment HiRISE, Earth and Moon photo’s is photographed. 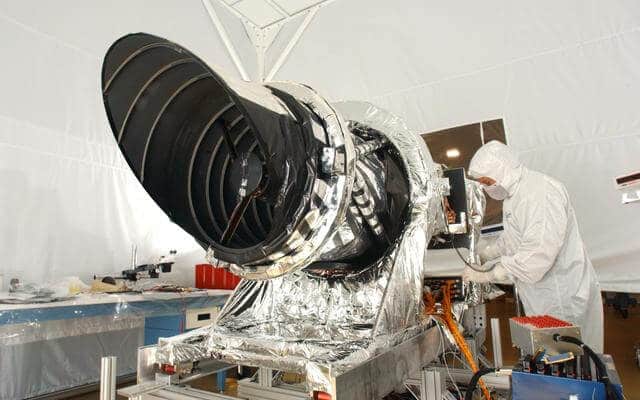 HiRISE camera is function as the same as the human eyes, but with a telescopic lens that produces images at resolutions never before seen in planetary exploration missions, according to NASA. It also has pictured a huge number of massive areas of Mars surface in unprecedented and Distinctive details details. Allowing scientists to distinguish 1-meter

size (about 3-foot-size) objects on Mars and to study the morphology (surface structure) in a much more comprehensive manner than ever before, as stated on the page of HiRise.

The image was taken from a distance of 127 million miles (205 million kilometers). You can download it for free from NASA’s website and is available in different sizes and resolutions.

It is noteworthy to mention that HiRISE pictured a similar image of Earth and Moon in October 2007. However, this new picture remains the best.