Say Hello to Robot Marriage: A French Woman is Engaged to a Robot and Wants to Marry it 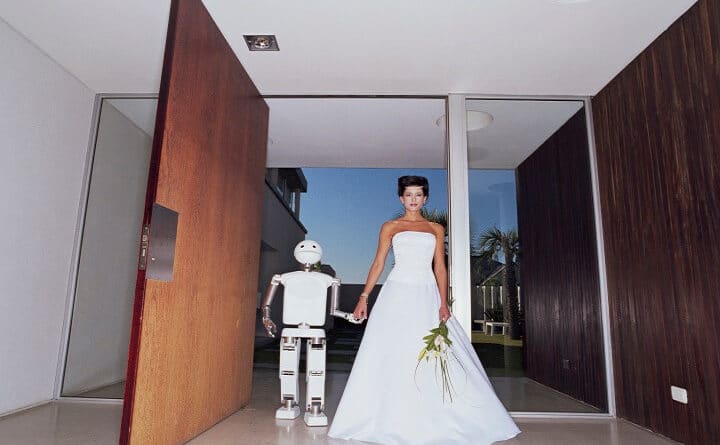 A French woman named as Lilly wants to marry a robot. This is what we call a real brain damage. Yes we are all free and responsible of our behaviors and decisions, but not the point of marrying a robot. Come one give the world a break.

The love story of the French woman Lilly and her 3D-printed robot is just the beginning of so many stories that we will hear about in the future.

Men are exciting to make love with female-like robots. Lilly is just an example of many women who are sexually attracted to robots. What’s going on with you folks?

Say Hello to Robot Marriage! Lilly’s story is the first one ever 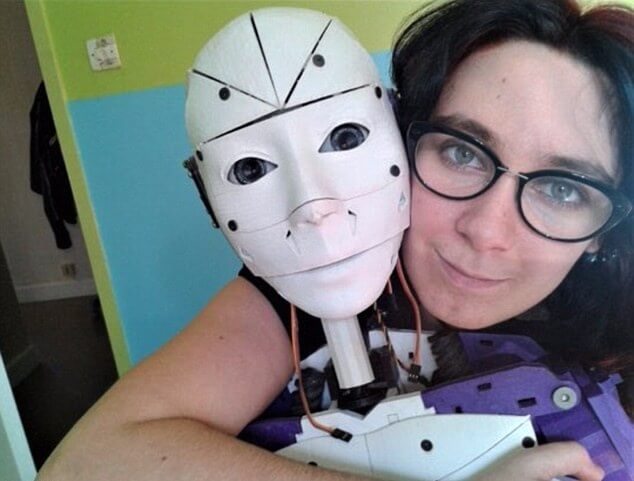 She reveals that she is in love with a robot that she 3D-printed herself.

Lilly has been living with the robot (InMoovator) for one year and she is determined to marry it. (That’s real love) But she has to wait until 2050; Sex robot expert Dr David Levy argued, ‘The first marriage will be before, not after 2050.’

According to dailymail.co.Uk, Lilly argues ‘My only two relationships have confirmed my love orientation, because I dislike really physical contact with human flesh.’

She says that she is happy with the robot and they will marry as soon as a robot marriage is legalized in France. She also wrote on one of her tweets, ‘I’m a proud robosexual, we don’t hurt anybody, we are just happy.’  (Glad to know that)

You might find this interesting: Watch How the Earth has Changed in the last 33 years

From one side, Lilly’s entourage accepted her strange relationship with InMoovator. From the second side, many people don’t support nor accept it and this is normal because the human nature is like this.