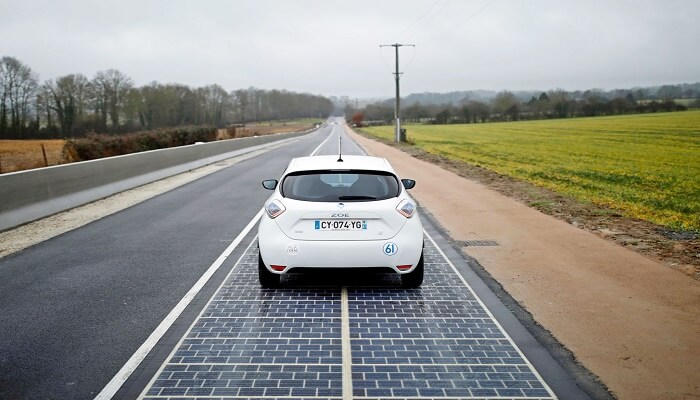 A French small town located in Normandy named as Tourouvre-au-Perch, will power its street lights by the use of sun rays. Yes! The sun will take care of that.

Ségolène Royal has opened up The Kilometer-long solar panel road on Wednesday. Ségolène’s is The French Minister of Ecology.

In order to protect those squares of solar panels from damage and make them handle the impact of passing traffic; they were covered up with a clear silicon resin. Therefore it would help them to stand against the continuous physical force exerted on or against them.

If the French solar panel road works as expected, The French ministry of ecology might install other solar panels across 1,000 kilometers of French highway.

In addition to wind energy, The solar road might be one of the powerful, efficient sources that provide power to people. The only problem that still faces countries who want to use this tech is the budget. Installing and producing solar panel road cost a huge amount of money (anyhow, France doesn’t have a problem with that).

Colas, the manufacturer company hopes to reduce the cost of the panels going forward and it has around 100 solar panel road projects in progress around the world, According to the verge.